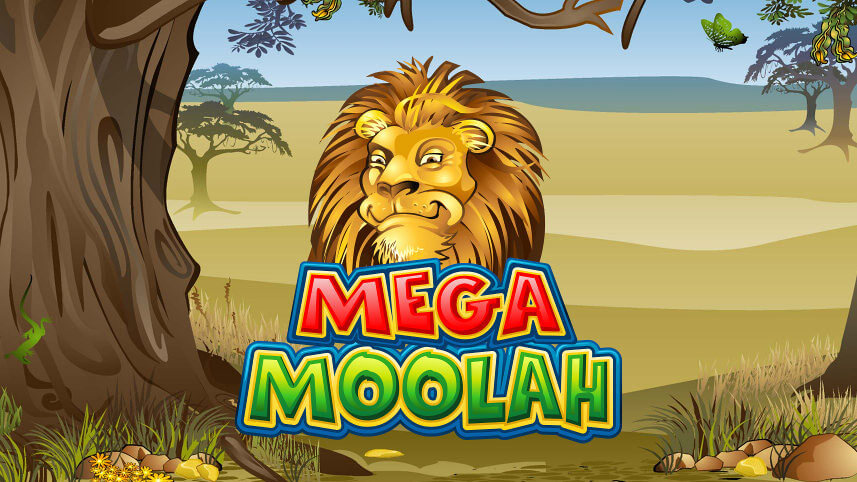 There’s absolutely no way you can be a gambler and fail to know about Mega Moolah Jackpot slots. It’s one of the best paying online slot games and holds the record for the highest slots amount ever won online. If you ever thought it would be impossible to win a windfall of €18 million at an online casino, then you need to restudy the history of Mega Moolah Slot.

Big wins aside, Mega Moolah is a progressive jackpot slot by Microgaming and is one of the developer’s flagship games. The five-reel, 25 payline video slot incorporates four randomly triggered jackpots; Mini, Minor, Major, and Mega. They start at 10, 100, 10000, and one million respectively. But each of them keeps puffing out until a player wins it, upon which it resets to the original amount.

Don’t be bored with our obsession for the jackpot, but what else would entice us more about Mega Moolah if not its greatest attraction? You get a winning combination by landing successive symbols across one of the active paylines, from left to right, across the reels. But there are plenty of features to keep you entertained, including free spins and wilds. To take you back to the jackpot, you can win an in-game non-progressive windfall of whopping 225,000 coins.

What’s even exciting is that you can customize the 25 paylines to decide how many lines you want to play per round. You can play with as little as 0.01, but you can only spend €/£6.25 per spin. But other than the enormous wins, its greatest attraction is the randomly triggered bonus. Did we mention that the free spins come with a triple multiplier?
Microgaming built this game around Africa’s Wildlife Safari. When playing, you are like taking a tour of the wildlife in Kenya’s Maasai Mara, viewing various animals, which are full of character. It may not be the most exciting visuals, but for a slots machine that first came into the scene in 2006, Microgaming has done a marvelous job.

The reels include standard playing card additions, yeah the Ace to 10. Microgaming balanced these by wild animals, including impala, zebra, giraffe, bison, and lastly, elephant. Of course, the reward for the latter is as huge as the elephant itself, paying you 30 times your stake for a payline bet.

The real deal, though, is the lion. The king of the jungle is the wild. It fills in for all the symbols, save for the monkey, which is the Scatter. If it forms part of your winning combination, you get double the payout and 600X multiplier for a unique five combination. As the Scatter, Monkey opens you Free Spins bonus game if you land three or more of them. A bonus rounds is a chance for more wins. But what makes this small ape even a much better symbol is its payout. It pays 2X, 3X, 20X, and 100X your total stake cash prize if landed two, three, four and five times, respectively, anywhere across the reels.

The Mega Moolah's Bonus Round

Once you trigger the Free Spins, you get 15 free rounds. Of course, as already mentioned, you’ve to land three or more monkeys. What’s more, you can re-trigger free spins within the bonus round if you land the combination. Your stake for the free spin remains precisely as the stake you used to trigger it. 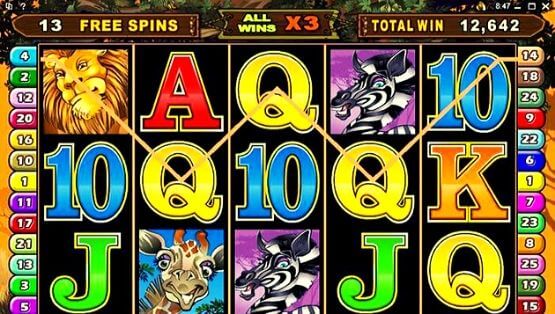 The Mega Moolah jackpot is a pooled progressive Jackpot, meaning thousands of casino players across different online casinos play it at any given moment. Microgaming accumulates a seed amount from each bet placed on the game, which together keeps the Jackpot swelling.

Microgaming programmed Mega Moolah in such a way that the higher your stake, the greater your chance of triggering a jackpot game. But its activation is entirely random.
Once you activate the bonus game, a wheel, divided into twenty different parts spread across four colors, replaces the reels.
Now, only one part awards you the Mega Jackpot, three for the Major, six for the Minor, and 10 for the Mini. The four different colors represent different jackpots as follow: 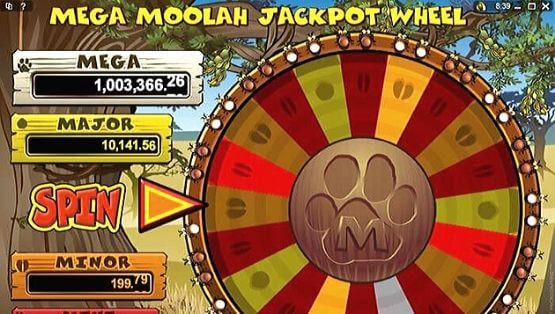 The casino game is simple, spin the wheel and wait for it to land. Where it falls, that’s your winning prize. It means, once you trigger then jackpot bonus round, you are already a winner the question is just how much?

You’ll get the adrenaline rush of your life as the wheel of fortune spins. Two things are guaranteed to happen, the biggest celebration of your life, or your biggest disappointment ever.

The red section is triggered every few minutes globally, the orange every couple of hours, the yellow every few days, but the white sector is the holy grail of mega moolah. It hardly occurs, but when it does, it rains money typically. 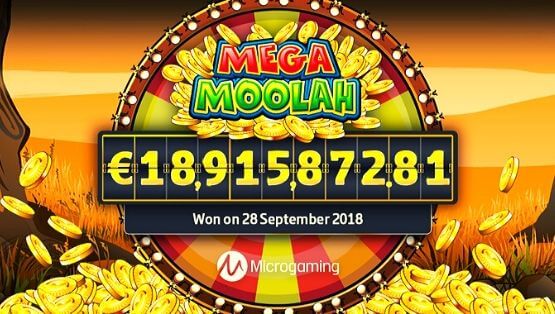 Travel to sub-Saharan Africa and take a tour of the wild with this great game from Microgaming. It may not have the best RTP, but it is incredibly thrilling and fun to play. The Wilds, Scatters, Free Spins, and the jackpots galore, you got it all here. Plus, as a low volatility slots machine, you get small wins frequently to help extend your playtime. And if Lady Luck smiles upon you most sweetly, you could break the bank and join the long list of the Mega Moolah Jackpot winners.

Where to play Mega Moolah Progressive Slot for real