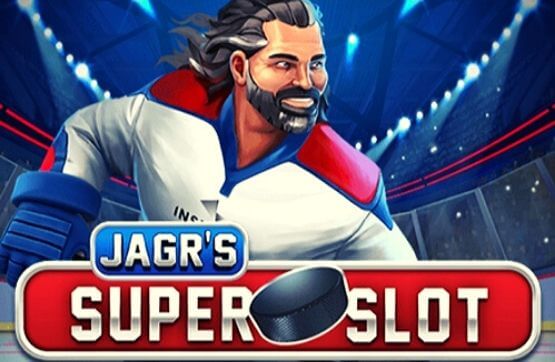 Don your skates and enter the ice hockey rink with the NHL legend, Jaromir Jagr, thanks to Inspired Gaming. Yes, the slot is named after the Czech ice hockey star, who, at 47 in 2019, was still an active ice hockey player. His career spans three decades, which has made him one of the Greatest NHL Players.

Jagr’s Super Slot rides you into the middle of hockey for an exciting six reel ride, with each reel having four symbols on display. The game has 4,096 ways to win, and talk of multiplier wilds, random modifiers, and bonus games! Together the features can make you win up to 6,250 times your stake.

The game’s background is an ice hockey rink, with a few visible fans in the gloom behind the barriers. Other features include flashing spotlights, and definite thumbs during the appearance of the NHL legend as both the wild and scatter symbols.

The unique symbols here include Jagr himself as the Wild, an ice skate, a helmet, a puck/stick, fans pointing, and foam glove. We also have 9, and the typical face cards (A, 10, J, Q, and K).

Jagr’s RTP is 95.9%, which is slightly lower than usual but still passes out as an average payout. Nonetheless, the Bonus Buy game is slightly higher, 96.06%. It has a high maximum payout of 6250 x your stake, but which Inspired Gaming limits to £250,000.00. Also, you can only win this kind of money through the free spins bonus game. Several other features, including Multiplier, Stacked Symbols, Scatter Pays, Wilds, and more, also makes it easier to strike smaller wins quite often.

While some slots pay all winning combinations, Jagr’s pays only the highest, starting from the leftmost reel to the right across adjacent reels. With Jagr Super Slot, Inspire Gaming celebrates the veteran ice hockey player Jaromir Jagr. The action-packed video slot lives up to the expectation of ice hockey.

If you are hunting for a slot with massive features, Jagr's Super Slot may be just the game for you. Its exciting special features include:

During the game, Jagr skates off the screen to deliver a 68 wilds spin. The Wild transforms hit pucks at the reels, transforming them into either a multiplier (x6, or 8x) or wild symbols.

Like in most slots, three or more scatters anywhere on the reels triggers the bonus game. Once you receive the free spins, you select either the Lover or Fighter bonus game. All wins from the bonus game are added to your total base game wins. 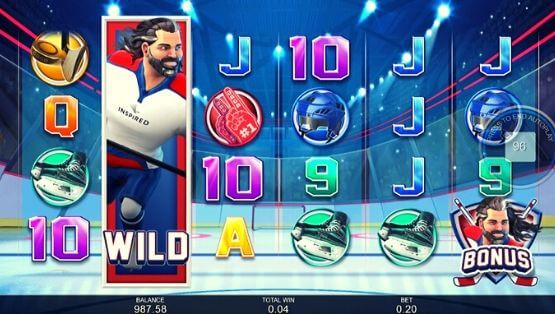 Like the Wild 68, Jagr Bomb activates during a spin when Jagr skates off the screen and return to deliver.

The Bomb spin hit pucks at the reels transforming a regular symbol into a wild symbol.

But if it hits the same reel more than once, it adds applies a multiplier to the reel.

When the hockey legend skates off the screen, you are holding your breath knowing you could either get the Wild 68, Jagr Bomb, or a Bonus Chance spin.

The Bonus Chance Spin introduces more bonus symbols to the reels, thus increasing your chances of triggering the free spins. 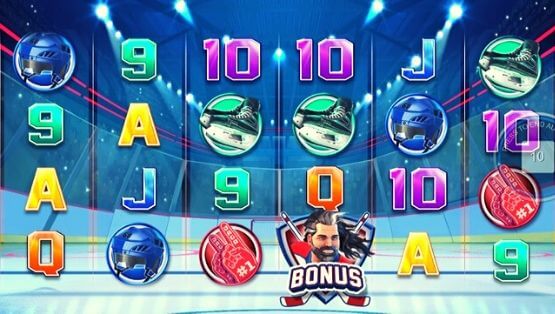 A fighter bonus begins with a free spin with a 1x multiplier together with a power play with three lives. During a power play, you can get at least three free spins with additional symbols on the reels with values in the range 1 – 5 to a maximum multiplier of 110 times your stake.

Where your bonus symbols land determines the value of the first multiplier in the first spin, the multiplier adds value and rests the lives. However, if you don't land a new symbol, you lose the lives and enter free spins with accumulated multipliers.

The game subjects all your fighter free spins with the current multiplier. And if you the power play symbol lands on the reel during your fighter bonus round, you get one free spin and re-entry into a power play.

Jag'r Super Slot is one of the few slots that allows you to pay for direct entry to the bonus feature. The Bonus Buy game guarantees you at least three scatter symbols to land on the reel.

You need to pay 100x your current stake to get the Bonus Buy. Your wins are subject to the amount you wagered on the base game.

If your credit goes below your current playing amount but is more than zero, the slot automatically triggers a Spin Chance to grant you an opportunity to wager their remaining credit. You could as well win and get more money to continue playing.

During the Spin Chance, the pointer moves and stops on either the green or the red segment. The green part is a win, and spin is awarded at the current bet. Otherwise, if it lands on the red segment, you lose the remaining balance, and the game resets to the base game. 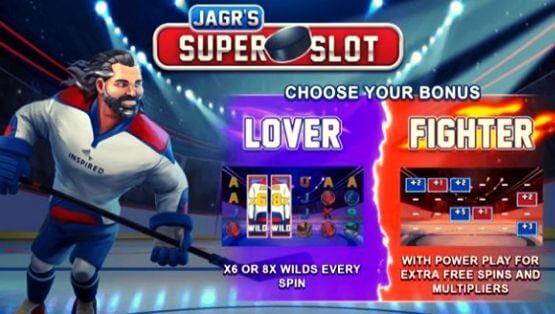 Inspired Gaming has risen to the challenge with Jagr’s Super Slot. The game is packed with lots of features that will extend your gameplay and enhance your chances of winning. Modifiers, bonus features, and an incredible win potential is something we can’t wish away. Enjoy medium to high volatility game on your mobile or desktop. Plus, you can buy your way into the lucrative bonus game. Nonetheless, the complexity of these features may be a turn off to some players, especially beginners.

Where to play The Jagr's Super Slot for real